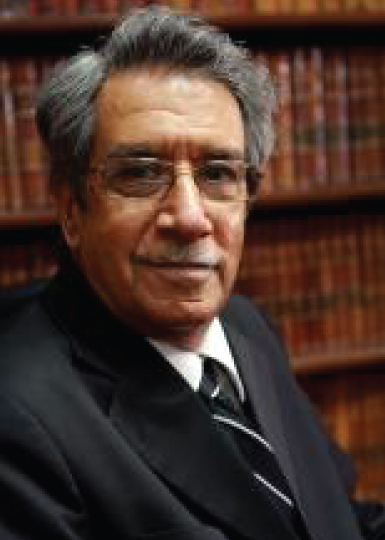 Jonathan Solomon is the senior partner of Solomon & Co., which was founded in Mumbai by his grandfather in 1909 and now has over 60 practicing lawyers. He was enrolled as an Advocate in 1963 and as a Solicitor in the Bombay High Court in 1967 and has been in active practice for the past 50 years. His specialization is real estate, civil litigation, arbitration, trusts and partnerships and he has also been recommended as ‘first-class’ in insurance matters. Mr. Solomon regularly appears before the High Court of Bombay and the Supreme Court of India and receives an appointment by the Bombay High Court as Court Receiver and Administrator in disputes. He is a trustee of several educational trusts and organizations. His wealth of legal knowledge, decades of experience and passion for social causes makes him a trusted advisor to many.

He is part of a three-member committee constituted by the Bombay High Court in September 2014 to assist the court in a class action suit filed by investors in the National Spot Exchange Limited against the Exchange for recovery of about Rs. 5,600 crores.

Assisting a co-operative housing society with nearly 200 members with its re-development project which is one of the largest re-developments within the city of Mumbai.

Acting as court-appointed Administrator of an estate worth approximately Rupees 200 crores pending the hearing of proceedings arising out of rival wills advanced by different parties in respect of the estate of the deceased.